Mulch was founded in 2011 to provide a facility for environmentally minded gardeners and landscapers to dispose of green waste and purchase 100% peat free compost, which can be difficult to obtain in Ireland.

Mulch is Ireland's first drive-through green waste centre which is housed in a 12,000 square foot facility in Coolock in North Dublin. Mulch is one of the few licensed garden waste facilities in Dublin City and the only one under cover.

The original idea behind Mulch was to replace the St. Anne's Park garden waste depot that closed down in 2007 and the Mulch business has grown substantially and now operates three distinct pillars:

Mulch receives any waste which grows in a garden, including grass, leaves, trees, hedges, branches and cuttings. Mulch is open to all vehicle types and trailers, and to both domestic and commercial landscapers and waste does not need to be bagged in advance. For those who cannot move large quantities of garden waste Mulch also offers a collection service.

The green waste received is recycled and composted to create superior own branded 100% peat free products which can be sold loose in bulk and in smaller easy to handle bags. These include:

Mulch also has a retail store on site which sells a range of garden tools and products.

Mulch also sells a range of household fuels including Kiln Dried Ash, Birch, Oak and Alder and Seasoned Larch which is suitable for open fires, stoves and glass fronted appliances. Our Kiln Dried Products contain between 12-18% moisture to ensure maximum heat and durability whilst burning and the seasoned timber is between 25-40% moisture and is recommended to be stored in a drying position for a few months before burning. We also sell a range of renewable coals and bio briquette products. 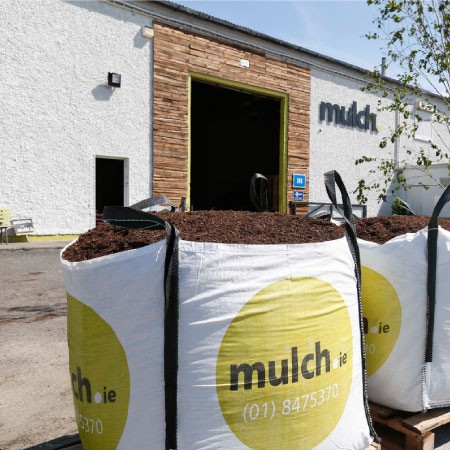